What it Takes on:

Hey everyone! The raffle winner was M. Kolk! An email has been sent out and I'm waiting for a reply. The drawing was recorded on my livestream, you can go watch it there if you want (it's like 3 min long and I'm rambling in front of the camera, but hey. For posterity).
Arc 14 - Peter's Middle Name - Page 2
September 13, 2013

Look at Becky being all Legolas. And Peter, didn't you know discomfort is ALWAYS the price of freedom? But keep in mind, Becky was ten when she started living at the City. It's basically the only life she's ever known, and she's never left. Databases and books are all she's got of the outside world.

We're gonna get into another short bit of how The End happened too, for a few pages at least.

Lapse: Bianca Fortune's life was listless before an accident stranded her amongst the ghosts in her haunted home. In the struggle to return to her still-living body, Bianca is confronted with other lost spirits, a demonic entity, and the importance of moving on.

Damsels Don't Wear Glasses: Life's no cake walk in Persephone for some, but Lave Faraday has it worse than most. This is a story about a girl with a sword, an obsessive compulsive vampire, and a morose ten year old boy trying to get by in a city where ghouls, magic and monsters are as common as butter on toast.

Bedlam Genesis: Everything has a beginning. This is the beginning of Chaos and Tranquility -- embodied in two girls who have no idea they're supposed to kill each other.

Evus: Set in a world of endless cloud seas, Evus is the steampunk-inspired story of a young pilot and his little sister, who embark on a journey to save their sinking hometown, but soon find themselves caught in the crossfire of war...and of forces far too dangerous and powerful for them to comprehend.

Supervillainous: The Crimson Claw is an established supervillain balancing two lives - that of a single father, and leader of a powerful criminal empire!

The Sundown Boys:What will happen to four troubled brothers when old faces reappear and incite a whirlwind of events that could change their lives forever? Light can exist even in the darkest of worlds.

Will do the raffle tonight, when I'm not exhausted. The OR was flipping awesome this morning though. Got to scrub in on 3 surgeries! 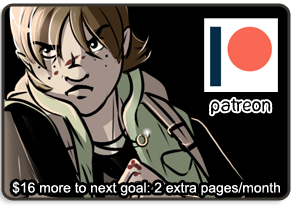 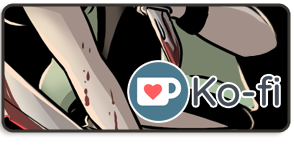 Purchased through Paypal; forwarded after purchase.
Problems with forwarding? warofwinds@gmail.com
The short story that inspired this comic, 4250 words
11-page story of events that occur right after the end of Arc 5
13-page story of how Peter proposed to Colbey
16-page story of Scot's last message to Colbey: Free!

6-page colored prequel of the end of Colbey's world:

The War of Winds, What it Takes, Not Alone, From Earth to Heaven, and Winged Wolf Studio are Copyright KEZ 2011-present.
All Rights Reserved. Do not redistribute without permission